Posted by Jeneba Project on Wednesday, December 7, 2016 Under: Articles 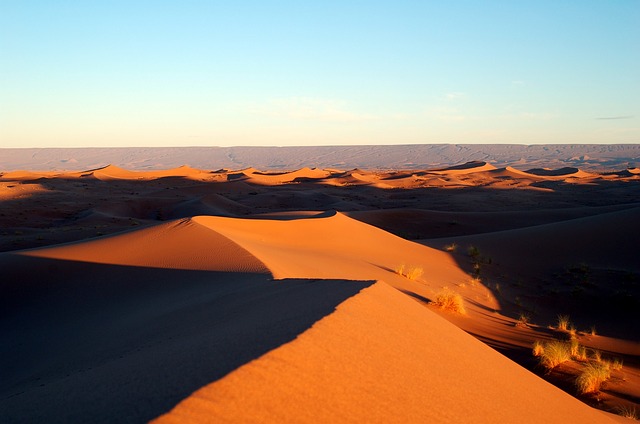 Africa is coming to terms with democratic governance and free market economy. The continent possesses significant deposits of natural resources, but it is mostly limited by bad governance and poor financial systems. In spite of these limitations, however, opportunities exist all over the continent for economic growth and development. There has been a decline in the civil wars and political insurrections that marred the continent’s development throughout the eighties and early nineties. Over the past fifteen years security has improved on the continent and various governments have taken gradual steps toward democratic governance and legal certainty.

The Maghreb and Upper-Sahara countries, with the exception of Libya, which has remained relatively unstable since the fall Muammar Gaddafi, have made significant strides toward democratization and economic development. Morocco, which recently hosted the UN Climate Change Conference (COP22), is gradually becoming a world-class economic hub. The country, with assistance from the World Bank, has almost completed construction on what would be the world’s largest concentrated solar plant. According to the Climate Investment Funds Financial Group, the 500mw project will produce enough clean energy to provide power for 1.1 million Moroccans.  It is estimated to “reduce carbon emissions by 760,000 tons per year, which could result in an estimated reduction of over 17.5 million tons of carbon emissions over 25 years.” In addition to solar energy, Morocco is also making investments in wind energy. Siemens has recently opened a wind turbine blade facility in Tangier, where many European companies have outsourced production.

Morocco’s Tanger-Med port is growing into a major transshipment spot in Africa. The location is approximately nine miles from Europe.  Besides serving as a convenient transshipment point on the Strait of Gibraltar, it also “forms part of the Tanger-Med complex that includes four export-orientated free-trade zones, where customs duties are not imposed.” These incentives have attracted hundreds of companies, including textile, aeronautics and automobile, to relocate production to Morocco for their European markets. Other North African countries have seen major growths and positive projections.  According to 2015 projections, at $471.5 billion Egypt will become Africa’s third largest GDP by 2030. Algeria is fourth, with a 60% public sector workforce and a projected GDP of $330.7 billion. Libya, a major oil producing country, is raked seventh with a projected GDP of $128.2 billion.

Sub-Saharan African countries are also experiencing major achievements in terms of security and economic development. However, Nigeria, the economic powerhouse of Africa, still has some security threats from the Boko Haram Islamist group, which is causing havocs in the north of the country. Boko Haram became known on the global stage last year for the kidnapping of nearly three hundred schoolgirls from their dorm rooms. In spite of this, Nigeria has significant oil wealth and a vibrant population of highly educated citizens. The country’s GDP is projected at over a $1 trillion by 2030. Ghana, one of Africa’s most stable countries, is a hub for gold, cacao, and a newly discovered oil deposit. By 2030, Ghana’s GDP will be valued at $101.4 billion, which will make it the tenth largest African economy.

In East Africa, Kenya, Ethiopia, and Tanzania present significant economic opportunities. Ethiopia is also the home of Africa’s continental governance.  It is the headquarter of the African Union and recipient of significant Chinese investments. Ethiopia is projected to be the eighth largest African economy by 2030, with a predicted GDP of $122.3 billion. Kenya, malgré security threats from the Somali Islamist group Al-Shabaab, has a welcoming economic environment. It is home to many International Organizations, including the headquarters of the United Nations in Africa and the United Nations Environmental Programme.  Kenya’s GDP is projected at $107.5 billion by 2030.

South Africa remains an economic hub in Southern Africa in spite of its present deteriorating political system. Corruption permeates the executive branch. However, the country is a major diamond producer and a tourist destination. South Africa is also the world’s largest producer of gold, platinum, and chromium. By 2030, it will be Africa’s second largest economy, with a projected GDP of $810.6 billion. Another regional economic giant is Angola, one of Africa’s highest petroleum and diamond producing countries. Angola was one of the last African countries to obtain independence from Portugal in 1975. The country descended into a twenty-seven year civil war, which ended in 2002. Angola is predicted to be the fifth largest African economy by 2030, with a projected GDP of $226 billion.

These prospects, even in the midst of unpredictable political systems, have produced fierce international investment competitions among various global powers. United States is still a favorite in many African countries, but China has recently invigorated its African presence. In 2015, China made a $60 billion pledge toward loan and development assistance in Africa. Japan recently pledged to invest $30 billion in Africa over the next three years. India has also pledged $600 million toward development assistance. These recent interests and pledges are compelling Africa’s European allies such as Britain, France, and Germany to improve their Africa relations.

Finally, if security continues to improve and better leaders steer the wheels of African Governments, the continent could unleash economic opportunities greater than anywhere else.