LET'S GO TO THE SLAUGHTER HOUSE

Posted by Jeneba Project on Tuesday, August 27, 2019 Under: Articles 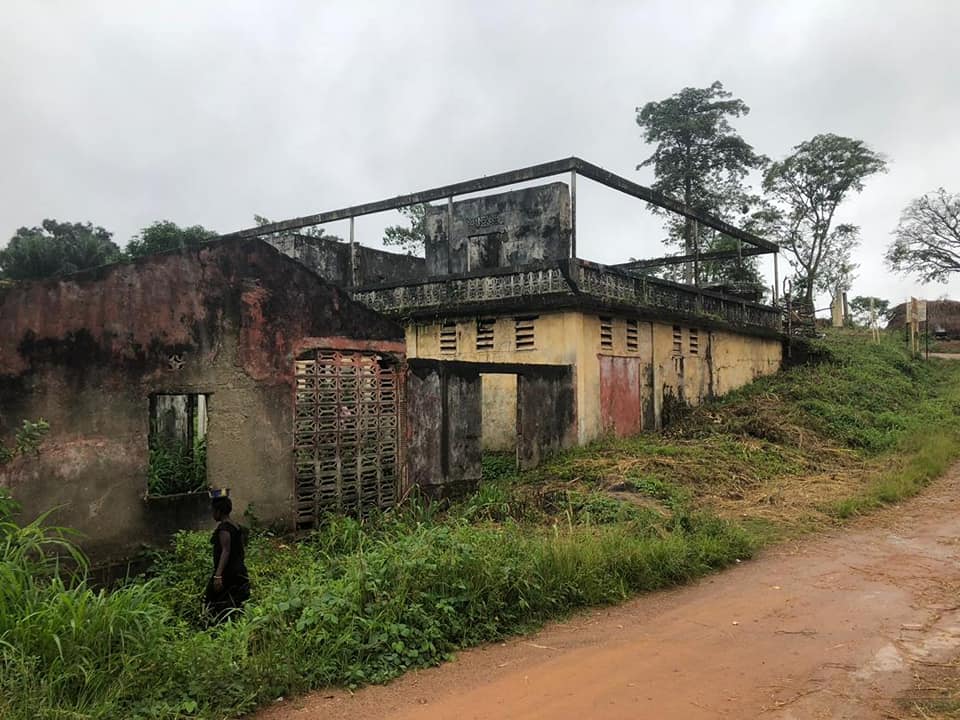 When I arrived in Kailahun for a consulting work, I knew there was something else I needed to do for me and my younger colleague, JoJo, before I left this ancient town, named in honor of a Kissi warrior chief, Kai Londo. Kailahun means Kai's town.

"JoJo, let's go to the Slaughter House." I said.

This was a test. I wanted to know if JoJo knew about the Slaughter House. She is younger and a witness only to the end battles of our decade-long civil war.

"Where is that and why?" She asked.

In her question was the answer I was seeking. JoJo, like many Sierra Leoneans her age, knows nothing about the Kailahun Slaughter House.

"That is exactly why you have to see it." I told JoJo. She was curious and restless. I was calm and determined not to give her any information before our destination.

After a short drive with JoJo still determined to know what the Slaughter House is beforehand, we parked in front of an old, unfinished building, with fading yellow & red paints - signs that its owner had better dreams for a luxurious family home before it became what we now know as a Slaughter House. The owner could not have imagined his/her dream family home would become synonymous with a slaughter house.

Even as dilapidated as the house now stands, it is not ordinarily identifiable as the Slaughter House. Attached to the skeleton of what was to be a second floor is a makeshift carpenter shop and what seems like wooden hangers for goods, possibly second-hand clothes. I contained my dismay at what was becoming of a structure that the Truth and Reconciliation Commission (TRC) specifically recommended as a memorial site and walked with JoJo to the side entrance.

During our civil war (1991-2002), anyone taken through that entrance who was not a Revolutionary United Front (RUF) rebel, would have come out either dead or barely alive. It was a Slaughter House not for cattle, but for human beings tortured and butchered by fellow human beings.

By the time I was done telling the story, JoJo was frozen at one of the doors leading to a torture chamber; her legs consumed by the tall grasses now covering the compound. JoJo is a Sierra Leonean beauty queen, but here at the Slaughter House, her legs failed her. She could not advance any further - she was standing on what should be hollowed ground.

I went in. I wanted to listen to the cries of those tortured and hear the last breaths of those who died there, pleading for mercy. I was pleading for mercy too - for us - who have forgotten what took place there and the other 98 torture and mass grave sites identified by the TRC. We may not be guilty of torture or murder, but we are culpable for ignoring our past in the present.

My fear is that by not knowing where we have been, there we shall go again. This is why I insist that JoJo and other young Sierra Leoneans see these sites of memory, learn about our past, and perhaps promise, never again. Our elders taught us that if we don't know where we are going, we should at least remember where we came from.