The Gods Are Not To Blame: Why Ebola Persists In Sierra Leone, Guinea, and Liberia

Posted by Jeneba Project on Tuesday, September 23, 2014 Under: Articles 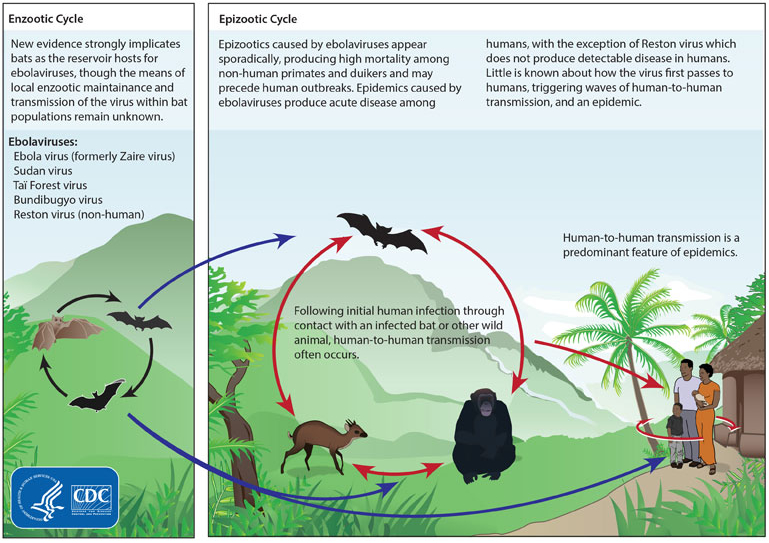 The Ebola outbreak in West Africa has plagued mostly Sierra Leone, Guinea, and Liberia. The most recent estimate is that the disease has killed nearly 5,000 people and continues to spread exponentially. In fact, the New England Journal of Medicine has found that at current rate of infestation, the toll could reach 20, 000 by November, if more robust actions are not taken to curb the disease. The question people are asking is why has it been so difficult to contain a disease that is not airborne and could be cured? The answer to this question is in the beginning of the beginning when the disease was first detected in a relatively small area on the border of the three countries. Upon hearing of the disease for the first time, for most, local leaders and Western media with no scientific clue whatsoever about the disease took to public arena to spread the notion that it was incurable and highly contagious. The three countries were isolated as international airlines stopped all flights there. When ordinary folks heard that contracting the disease was essentially a death sentence, it became almost impossible to revert to the fact that the disease can be contained and likely cured, even without new medical breakthroughs.

The various governments eventually tried to quarantine those infested and to cure some, but many people had already developed the belief that the government was not really committed to curing their sick relatives. Instead, the authorities were just isolating them to areas where they could watch them die. The idea that sick relatives were being secluded to die without proper healthcare led some to kidnap their sick ones from hospitals, and those patients who were still strong enough to move escaped their quarantine. As suspicion grew, people started hiding sick family members instead of bringing them to hospitals, and as a result, some continue to die of diseases that are not even Ebola.

As the chaos ensued, people in the region turned to what they always turn towards in precarious situations, religion. While juju practitioners were recommending various unconventional forms of traditional cure, Christian and Muslim leaders insisted on prayers. Ordinarily, it is up to the votary what god they placed their fate upon, but insisting on public group prayers when health professionals were instructing no physical contacts, was outright obstructive and ethically irresponsible. Among the religious puppetry was news that the Nigerian preacher, T. B. Joshua shipped 4000 bottles of “anointing water” to Sierra Leone as cure for Ebola. This man could apparently cure Ebola and predict the death of pop-star Michael Jackson, yet he could not save worshippers of his own congregation from the collapse of his church where dozens of people were killed. Sierra Leone also just completed a three-day Ebola lockdown and at the end of it religious leaders instructed people to go into the streets and scream: Jesus, Ebola has ended! As if the gods have anything to do with this health emergency.

Now let’s turn to the very issue of what constitutes a quarantine of patients in these three countries. Those of us who have seen the method of quarantine used to transport American and European infested patients and heard descriptions of the facilities at Emory University would certainly be dismayed at facilities used to isolate patients in West Africa. When Ebola was detected at West Point, one of Monrovia’s largest slums, the president simply ordered a military cordon of the entire area. Like pigs in a pen, the sick and healthy were left to crawl and sprawl on each other, further nourishing and spreading the disease. Other isolation units are mere temporary tarpaulin tents constructed in open areas where people are kept without adequate care or treatment. The Ebola outbreak commenced in the rainy season, which means those places are easily flooded and usually very cold.

Another obstacle is heightened suspicion that Ebola, which has appeared in the region for the first time, is spread by Western scientists. Rumours of secret research labs in the Mano River basin have been spreading among locals. In Guinea, it took serious cajoling for some towns to even allow health workers to test for the disease. In a recent tragic incident arising from such suspicion, eight members of a team raising awareness about Ebola were hacked to death in a village around the Nzerekore area of Guinea. Part of the suspicion is the belief that Western scientists are spreading the disease in order to receive funding for various cures they already have. It certainly didn’t help the rumour that infested Americans were evacuated to the States and cured of the disease, even when it remains to be determined whether ZMapp treatment had much to do with their healing.

Moreover, fear of Ebola is also hyped by the fact that both Sierra Leone and Liberia have lost senior doctors and dozens of nurses to the disease since the outbreak. These health practitioners are tackling a very potent disease with deplorable healthcare equipment and protective gears, thereby subjecting themselves to often direct contact with patients. But in addition to the unfortunate plight of these health workers is the usual disgusting refusal of their governments to pay them while sacrificing their lives in service of their country.

Ultimately, then, and as I have said from the very beginning of the outbreak, Ebola is the agent and poverty is the culprit. It is difficult to contain a disease in a region where health facilities were already decrepit and people literally live on each other. We live in slums, travel by congested modes of transportation, attend overpopulated religious spaces, and transact in crowded fields where we swim in each other’s bodily fluids and affectionately exchange the most elaborate bodily contacts. When a disease appears in town that spreads through such human means of contact, in countries with poor leadership, the people are doomed! In Liberia, the President had to resort to firing some of our cowardly leaders who had escaped to the West and left their constituents to fend for themselves.

I write now because Ebola, like Malaria, Cholera, diarrhea, and other simple infectious diseases that have been killing our people, has become part of the West African health wahala. This outbreak will eventually be contained, but until a vaccine is found, it is bound to revisit. My only hope is that after this rainy season of tragedy, our leaders will do every thing locally and regionally, to be Ebola ready.